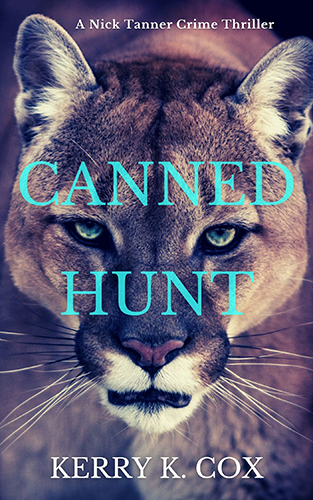 U.S. Fish and Wildlife Service Special Agent Nick Tanner goes undercover to follow up on another agent’s investigation—one that may have led to her murder.
Read more
AmazonBarnes & NobleIndieboundKoboApple Books

Fueled by great characters, a thrilling and unexpected ending, and one very memorable bobcat, this is a story you will not willingly set down.
—S. A. Lelchuk, author of the award-winning Nikki Griffin series
Canned Hunt is a gem of a thriller with sharply drawn characters, crackling dialogue, and a plot that moves like a raging river.
—Harry Dolan, author of The Good Killer

Cox delivers on all fronts. The intriguing and original plot unfolds at a brisk pace…a fascinating journey into a little-known world.
—Readers’ Favorite Reviews

The author strikes gold… As evidenced in his debut… Cox is skilled at narrative tension and ratchets up the suspense in this sequel.
—Kirkus Reviews 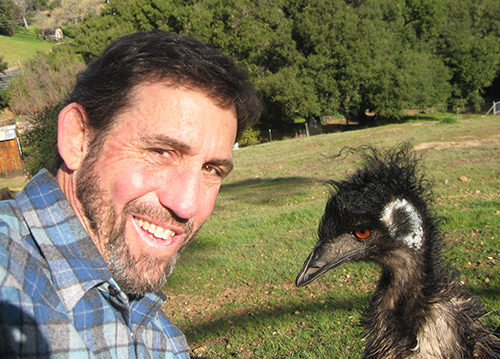 When I was a kid, I didn’t want to be a policeman, or fireman, or astronaut, or major league third baseman. I wanted to be a forest ranger.

But it turned out my inability to comprehend biochem made a career in wildlife management as realistic as my chances of starting for the Dodgers.

So, after four years at Oregon State University I declared myself graduated, and returned home to Southern California. There I taught swimming, karate, and pre-school while I sold articles to various magazines, wrote children’s shows for The Disney Channel, and eventually became a full-time writer.

And because one of my childhood dreams lives on, I now write novels focused on the dark underworld of wildlife trafficking, and work with various wildlife, marine mammal, and feral cat/kitten groups as a rescue volunteer along California’s Central Coast.

I’m still waiting on that call from the Dodgers.

I live by the ocean in Cambria, California with my wife and a clowder of cats.

Watch Kerry on The Open Mic Podcast with Rich Ehisen 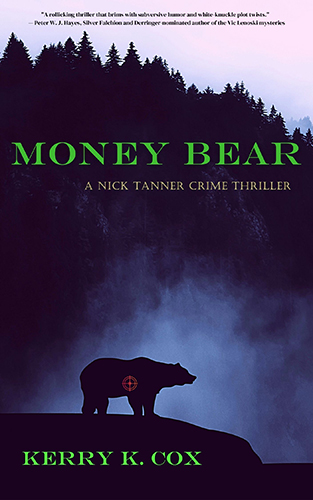 “The author strikes gold… As evidenced in his debut, Money Bear (2021), Cox is skilled at narrative tension and ratchets up the suspense in this sequel. A provocative, suspenseful eco-thriller starring a durable detective with a conservationist conscience.”
–Kirkus Reviews

“An impressively complex, eco-conscious crime story with plenty of action and intrigue. Cox shows an uncanny talent for characterization…and effectively keeps up the story’s momentum as it speeds to a rousing conclusion.”
—Kirkus Reviews

“Vivid characters, a compelling storyline in a unique setting, and razor-sharp writing. What more could you ask for? I’m already looking forward to the next Nick Tanner novel.”
—Robert Cochran, Two-time Emmy award-winner as Co-creator, Executive Producer, and writer of 24 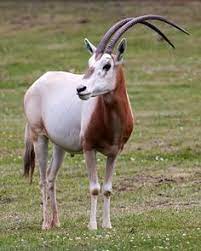 How do Exotics End Up in Canned Hunts?

This past week saw the release of my second novel in the Nick Tanner series, Canned Hunt. It takes place primarily in the truly awe-inspiring Book Cliffs of Utah and along Green River, with stops in the decidedly less inspiring (IMO, anyway) Las Vegas, Nevada and...

END_OF_DOCUMENT_TOKEN_TO_BE_REPLACED 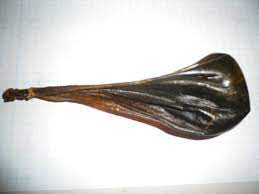 MONEY BEAR, the first in the Nick Tanner series, throws a harsh spotlight on the cruel but highly lucrative underworld of Bear gallbladder poaching. A single gallbladder that might earn a poacher a couple hundred dollars in the U.S. can reportedly go for $3000 in...

END_OF_DOCUMENT_TOKEN_TO_BE_REPLACED 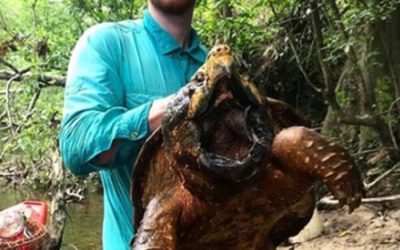 A few days ago I spent one of the fastest hours of my life chatting with Luke Pearson, a young doctoral candidate who’s spent four years in the swamps of Mississippi, studying Macrochelys temminckii, commonly known as the Alligator Snapping Turtle. In the photo, Luke...

Contact Kerry at kerry@kerrykcox.com or use the button below.